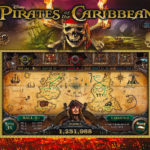 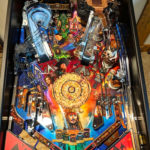 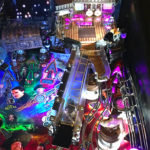 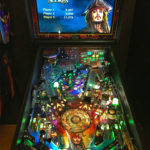 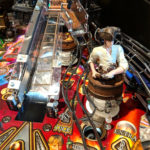 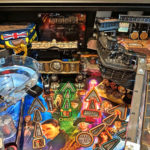 Jersey Jack Pirates of the Caribbean LE Pinball Machine f0r rent is based upon the five Disney movies of the same name. This is the 4th game released by Jersey Jack Pinball and looks to be the best.

Pirates of the Caribbean LE Pinball Machine for rent brings the game of pinball to a new level. Jersey Jack continues the tradition of building quality pinball machines with exiting and innovative features. The game incorporates elements from each of the five Disney movies. It allows users to play as many as 22 characters from the movie series. The gameplay is incredibly sophisticated, with a build-in level of depth. It provides millions of gameplay variations for the unique experience each time you play.

Pirates of the Caribbeans LE Pinball Machine for rent comes with following exclusive features; The game cabinet is a wide body with Invisibles to eliminate outside reflection. The cabinet backboard is outfitted with 27” HD monitor featuring clips from the five Disney movies and beautiful animation. The game is featuring five flippers, and full color LED lighting for the feature shoots and general illumination—five speakers with 2.1 channel stereo sound for the special audio effects. Cannon can be aimed at the target ship. Spinning map disc in the center of the playfield with multiple shoot combinations: wizard modes and multi-ball from each of the five movies and many features heightening the gameplay.