Amusement Expo International 2017 was a showcase of a wide range of products and services related to coin-operated amusement from the leading manufactures and distributors. We discovered a few exiting and interesting pieces of equipment. 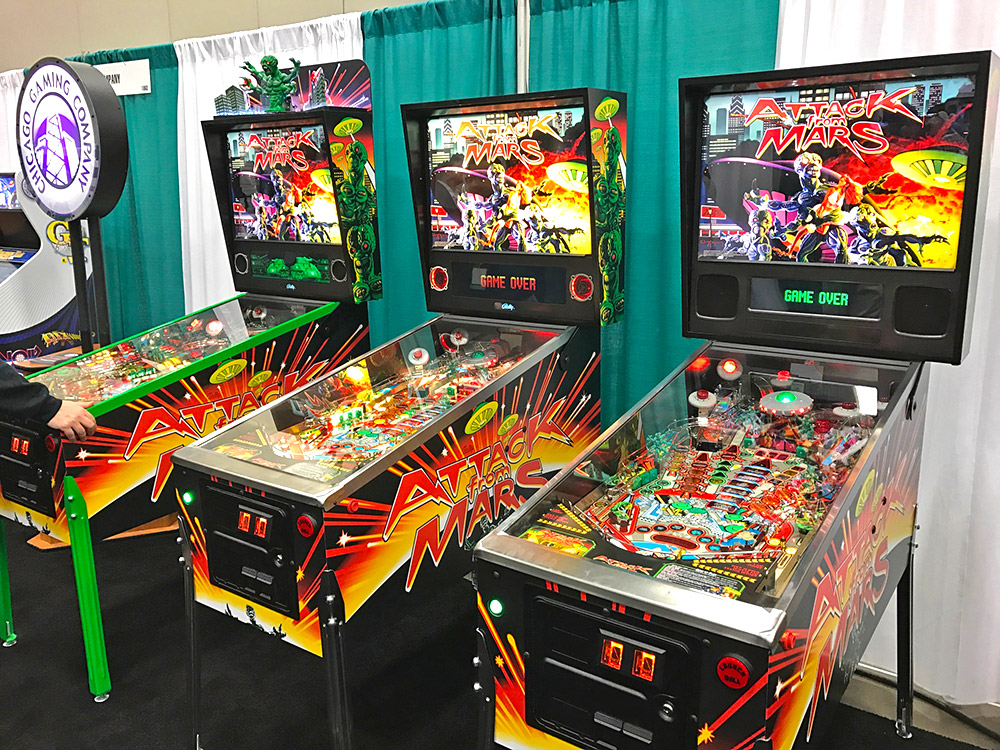 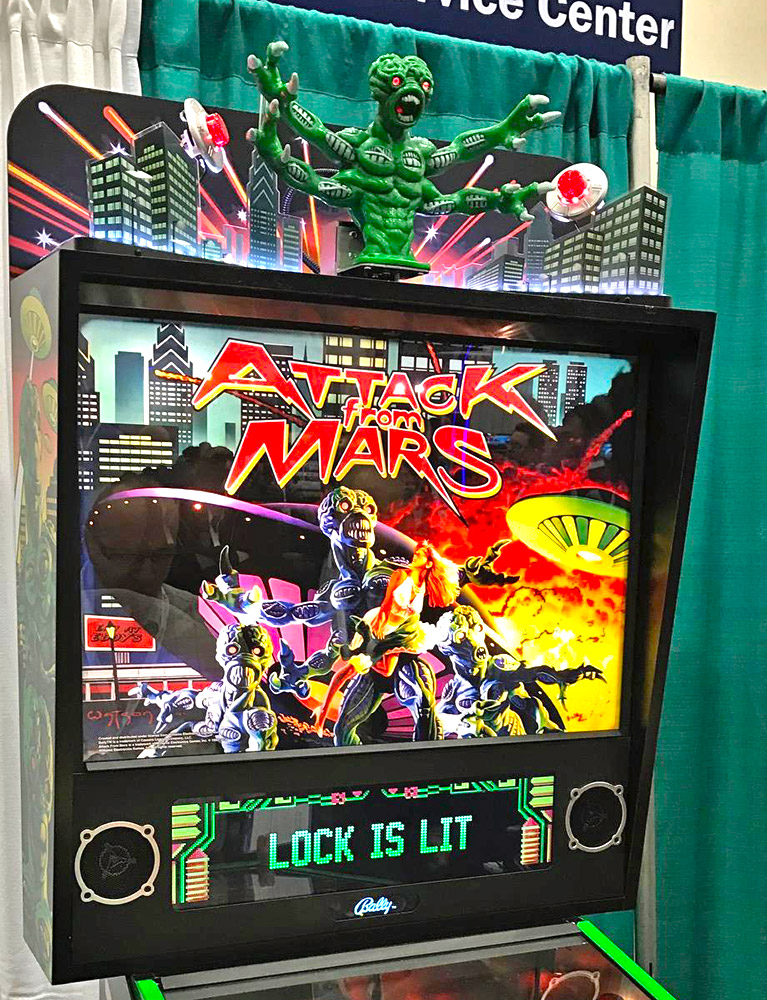 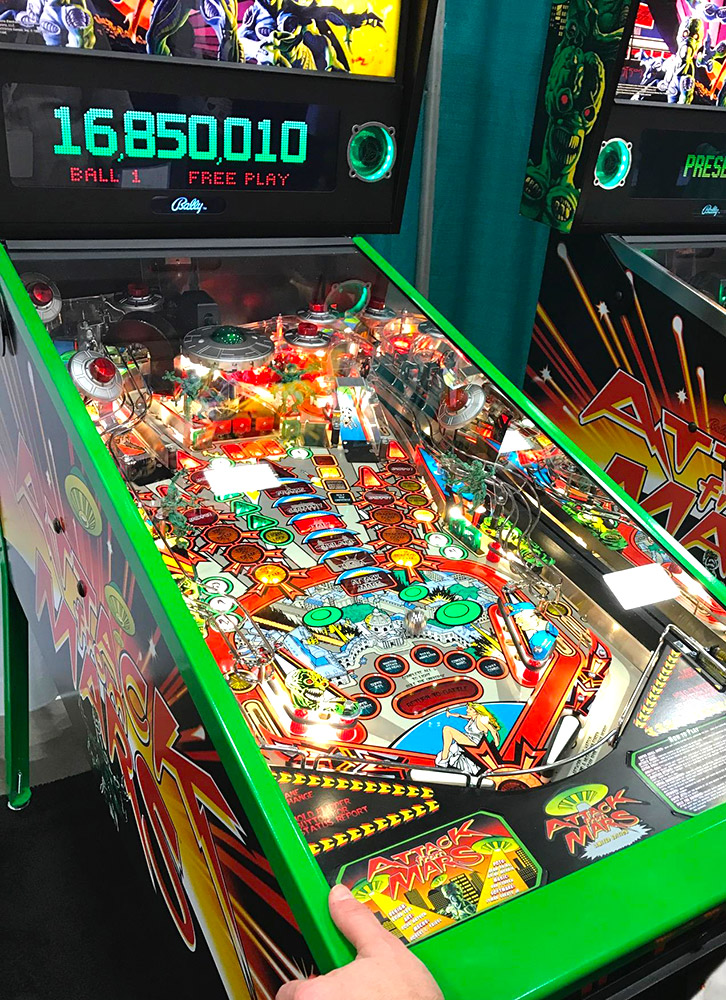 Chicago Gaming Company finally revealed long talk about second pinball remake, this time from Bally, Attack from Mars. After the model of Stern Pinball the game will be released in 3 versions: LE with a nice green trim, larger color display and a custom topper, designed by the original artist of the original game, Premium version comes with a large color display and Standard version of the game. The game looks and plays great, just like the original. 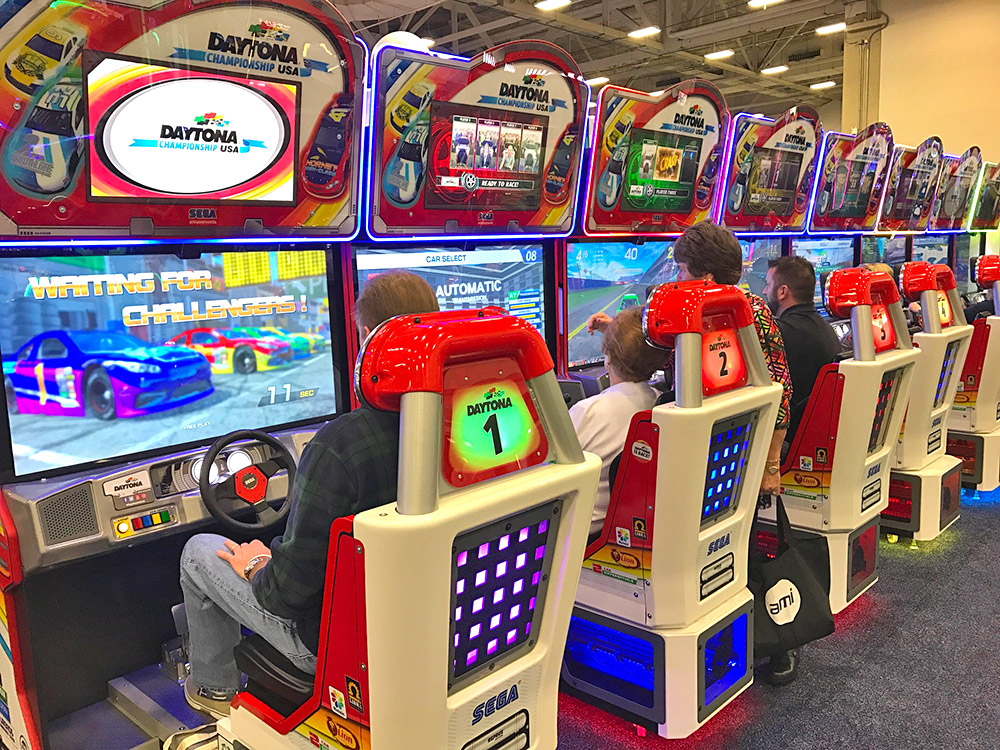 SEGA was showing the new Daytona USA driving game with 49” LCD monitor. According to SEGA representative, the game should be available at the end of April. On the floor they were showing Deluxe version of the game but the company will release a smaller less expensive version without all the bells and whistles, a 42” LCD version later in summer this year. 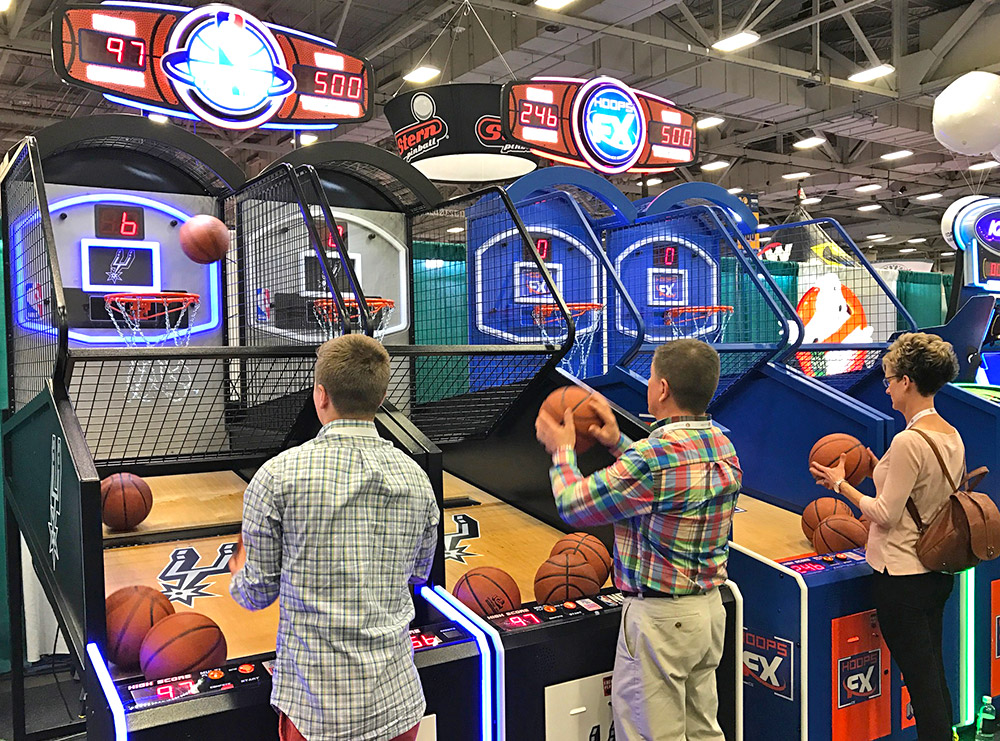 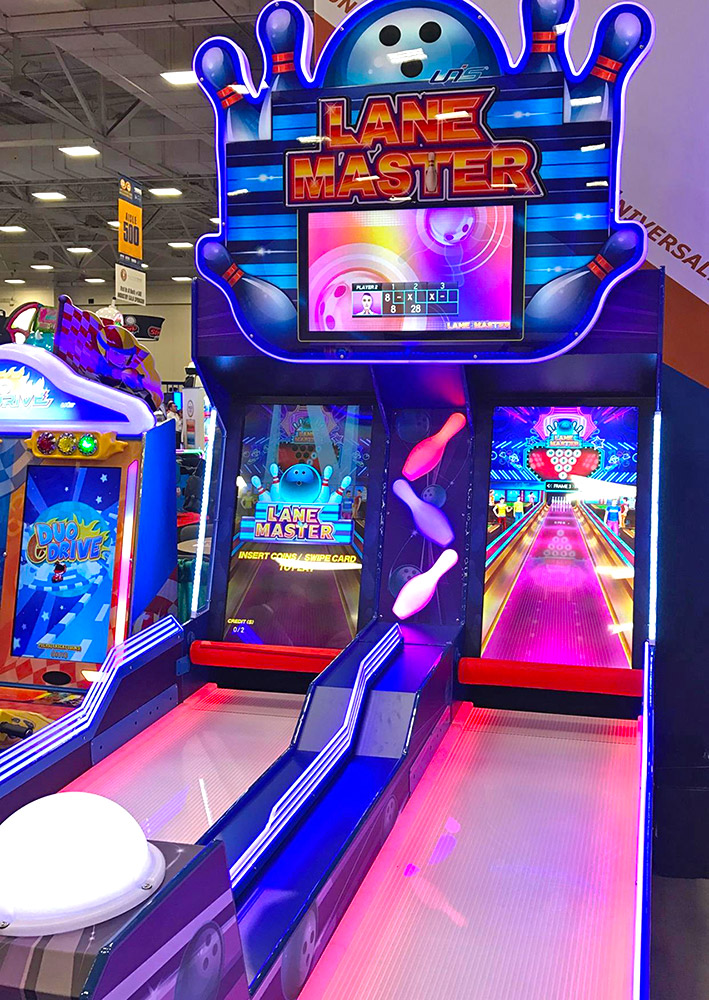 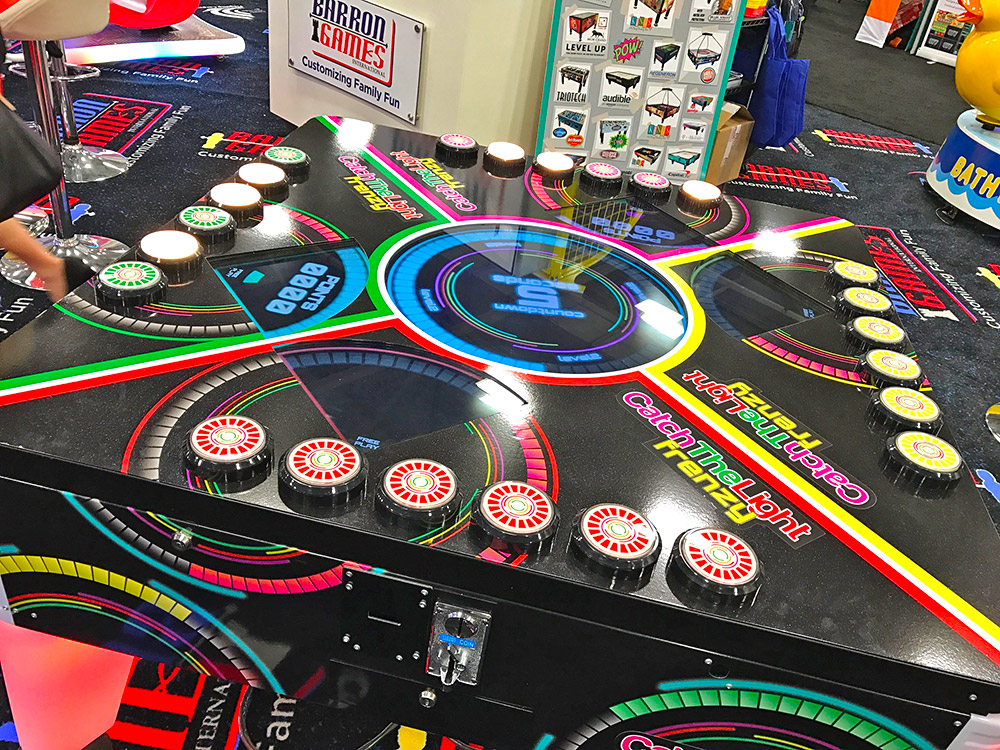