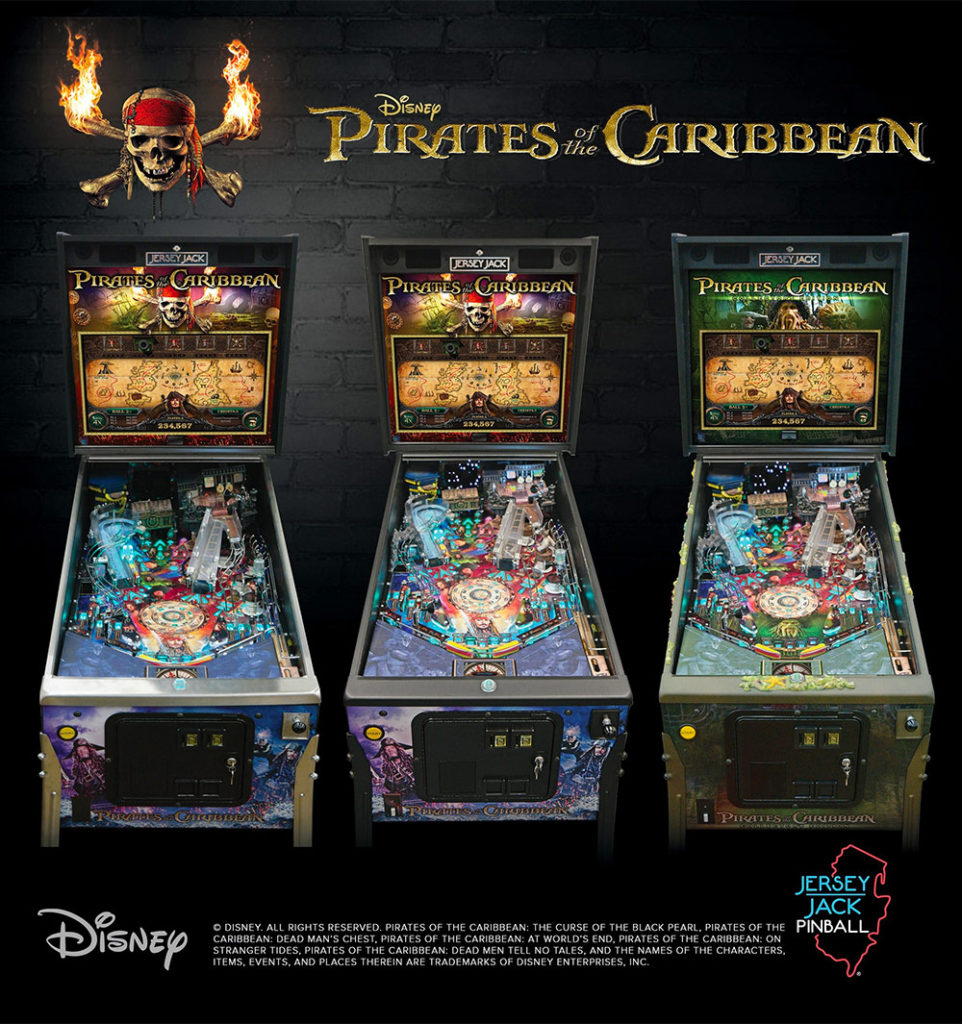 Last week at Pinball Expo in Chicago, Jack Guarnieri from Jersey Jack Pinball JJP revealed his brand new pinball game, Pirates of the Caribbean. The new pinball game combines 22 characters and multiple scenes from five Disney feature films of the same name.
Unique features of the game are the spinning wheel that can be activated by the player and when lit will give you extra points or even will allow you to loot your opponent’s points or balls. Another innovating feature is the compass, in the original movie showing direction of Captain’s Jack’s heart’s desire, in the game continuously showing the player the best shots they can take.
The game features an upper playfield placed on the moving ship deck that will give the player rocking boat experience with a smooth loop in the middle of the playfield with points gaining action.
As always, the Pirates of the Caribbean pinball game comes in three versions: Standard, Limited and Collector’s Editions. They all differ in the number of features, trims, graphics and of course price.
If you missed the Chicago Pinball Expo, you will have a chance to see the game again at IAAPA in Orlando from November 14-17, 2017. The game anticipated worldwide release is spring 2018.
I will have the chance to see the game at IAAPA next month, but looking at the images and videos, I think this is the winner for JJP!