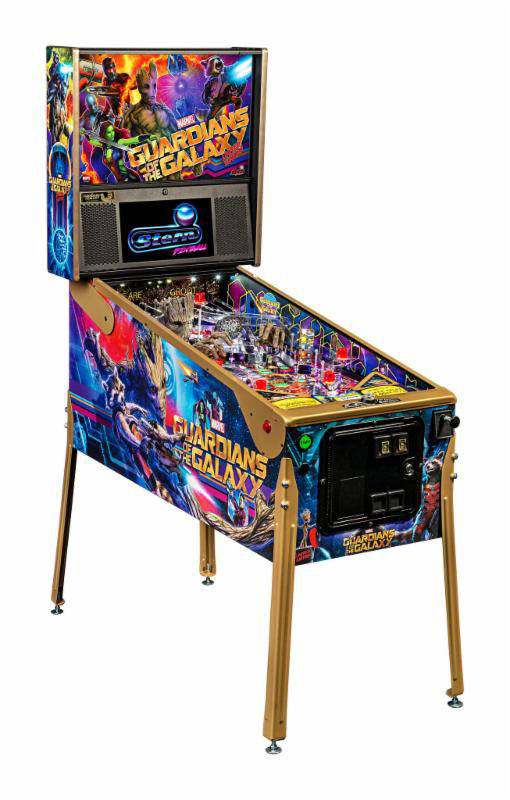 Stern’s latest title in a run of recent hits taps into the popular superhero film Guardians of the Galaxy. As the pinball game picks up the actions of a notorious intergalactic band of accidental heroes based on the American comic book of the same name that’s published by Marvel Comics.

The new pinball game Guardians of the Galaxy features toys, art and more from the wild Guardians universe, and players will get the chance to take on threats to the galaxy as the Guardians: Star-Lord, Rocket Racoon, Gamora, Drax and Groot. The game follows the plot line of the first Guardians film, with players battling to stop an evil alien from destroying the galaxy.

Each game features a sculpted and interactive ball-eating Groot. In addition, Rocket keeps players on their toes as he blasts the ball back at high speed. The more expensive Limited Edition and Premium models also have extra magnets, custom artwork, RGB lighting, and sculpted Groot arms that sprawl across the playfield.

“Guardians of the Galaxy is one of Marvel’s most exciting and successful franchises worldwide. We feel that this theme connects perfectly with pinball in creating a high energy pinball experience,” said Stern President Gary Stern. “Stern Pinball and Marvel Studios share a love for these memorable characters and have a long, successful history of collaboration,” he added.