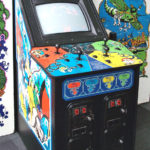 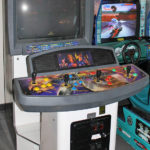 Gauntlet Dark Legacy Arcade Game for rent is an arcade game released in 1998 by Atari Games. It is a fantasy-themed hack and slash game, a sequel to 1985’s famous Gauntlet. This game marks the final game in the series to be produced by Atari Games.

Its unusual features for an arcade game included passwords and characters that could be saved, enabling players to play throughout an extended period.

The gameplay is likewise to the previous Gauntlet games in these series. The designers have made each of the eight realms even more extreme, deep, and complex. As a result, each realm has its unique challenges, from fire-breathing dragons to fang-toothed goblins and finally maniacal boss monsters.