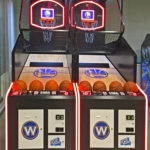 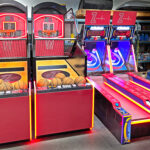 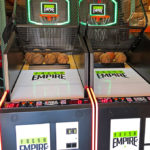 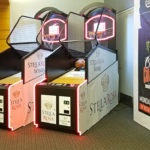 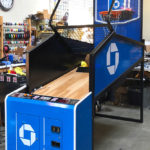 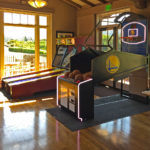 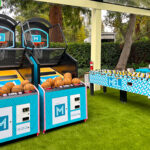 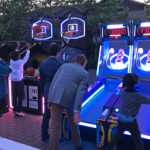 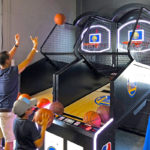 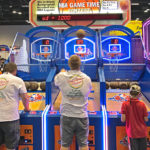 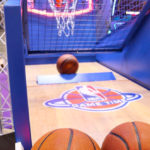 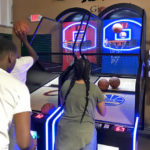 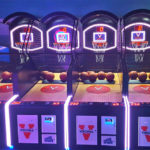 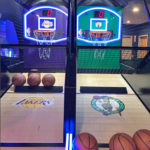 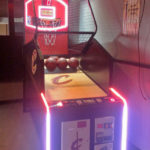 NBA Game Time basketball arcade game for rent is a mid-sized version of NBA Hoops Basketball. A significant advantage of the new basketball arcade game: it is two feet shorter than the full-size NBA Hoops Basketball game, and with the removable top cage, the game will fit in locations with only 8’ ceilings. Though the game is smaller, the moving hoop makes the game challenging and fun for all skill levels. The game uses using same size basketball as the original NBA Hoops basketball game. Game time play is adjustable. They are usually averaging about 40 seconds per play period. The game is outfitted with the latest technology; slam dunk sound effects, colorful LED lighting, and LED-lit moving hoop. Up to 10 rented NBA Game Time basketball arcade games can be linked together for competitive play.

Of course, just like with all of our basketball games, the game can be fully customized with your favorite team’s logos. Your corporate branding or custom graphics to make the game stand out at the trade show or your corporate event.