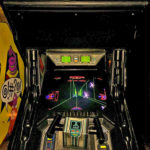 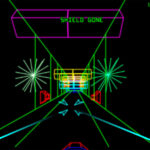 Star Wars: The Empire Strikes Back Classic Arcade Game for rent is the sequel to the successful Star Wars game from the legendary arcade maker Atari Games. The game was released in 1985.

In the game, the players take on the role of Luke Skywalker in a battle to destroy the enemy. The game features the Battle of Hoth and the following escape of the Millennium Falcom through an asteroid field. The goal for the players is to collect the letters of the word JEDI. When all letters are collected, all enemy shots are instantly eliminated for a short time, and the player receives stripes and makes it to the high score list.

More information about the Star Wars: The Empire Strikes Back Classic Arcade Game: