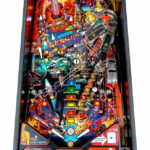 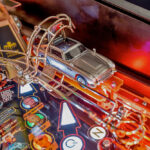 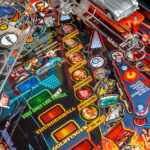 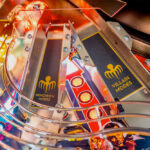 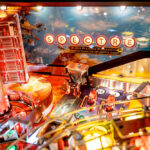 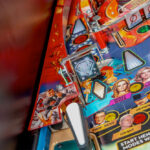 Stern Pinball is introducing James Bond 007 Pinball Machine. The game is all inspired by the adventures of pop culture’s most-recognized spy. The design of the machines remained almost “top-secret” for ever.

James Bond fans will battle the mysterious Dr. No in Stern’s Pro Edition James Bond 007 Pinball Machine. Rented game is honoring the debut film of the beloved Bond series, this pinball machine features a yellow exterior, the iconic red logo of the Dr. No movie, and images of movie posters from films throughout the James Bond series.

James Bond 007 Pinball Machine highlights the film footage and iconic music from the films that built the 007 legend: Dr. No, From Russia With Love (1963), Goldfinger (1964), Thunderball (1965), You Only Live Twice (1967), and Diamonds Are Forever (1971).  Players will be immersed into the world of espionage in this action-packed pinball experience, tackling assignments, teaming up with key allies, and stopping SPECTRE’s villainous schemes.

The game challenges players to collect weapons from Q Branch before battling SPECTRE and juggling pinballs released from Bond’s iconic Aston Martin DB5. Break through the Osato Chemicals drop targets to battle SPECTRE at the Bird One rocket base.

“James Bond is as timeless as pinball.  Partnering with EON Productions/Danjaq, MGM Studios and Aston Martin, we created a pinball adventure capturing the suspense, action, and humor from this beloved film series.” said Gary Stern, Chairman and CEO.