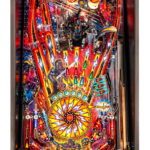 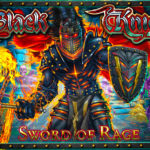 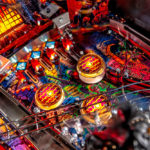 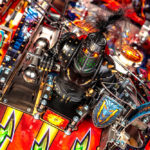 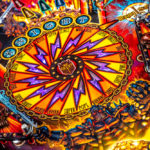 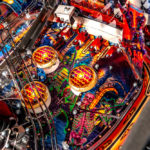 For the first time, players will discover and try to unlock the secret of the Black Knight universe. Players will navigate through dark, mysterious, and twisted realms. They will uncover foes, demons, riches, and mysteries in their quest against the Black Knight. Black Knight: Swords of Rage Pinball Machine for rent features a player-controlled magnet “Magna-Save.” It is used to save the ball from draining, and timed resetting drop targets.