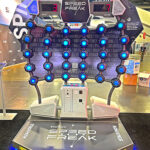 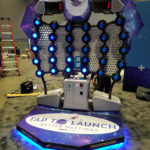 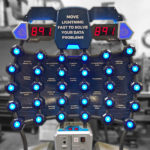 Speed of Light Arcade Game stands at an impressive 8ft tall. It is an instantly recognizable attraction. It has enjoyed a lot of success with well-known restaurants, family entertainment centers, and entertainment chain Dave & Buster’s.  Furthermore, the game is a perpetual crowd-pleaser with a vast player following and remains a top pick for any entertainment venue. Also, the popularity of the game has grown considerably since the release of the game in 2012.

Additionally, generating thousands of player-posted Youtube videos and marking their high scores and challenging their friends. Similarly, celebrities like Justin Bieber and soccer superstar Neymar Jr. recently went head-to-head playing Speed of Light Arcade Game. Also, their challenge was posted to Instagram, lighting it up with millions of views in just a few days.

More information about the game Speed of Light Arcade Game:

The game is using a light matrix. The players’ challenge is to press the lit buttons at their best speed to gain points. Using the music and the lights creates a “fast and frenetic” environment. Speed of Light Arcade Game rental can also be used as a centerpiece. It can be played in both a single or dual mode.