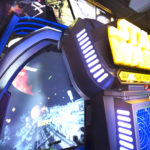 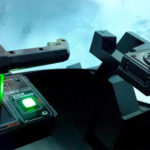 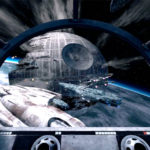 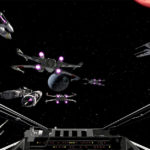 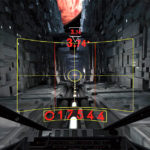 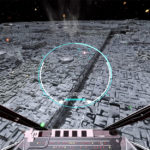 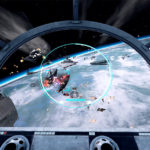 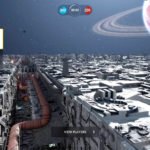 Are you ready to lead the Rebellion against the evil Galactic Empire?

Star Wars Battle Pod Deluxe rental from BANDAI NAMCO is an incredible arcade game featuring a 180-degree horizontal dome-shaped screen. The gameplay will transfer players into intense battles in a galaxy far away with a visual experience they will never forget.

Players will experience exciting combats between Rebel forces and the Empire first-hand. They remember some of the most iconic scenes from the Star Wars movies in five different difficulty levels: Yavin, Hoth, Endor, Death Star II, and Vader’s Revenge. The game takes place in iconic locations like the Death Star. Players will take control of some of the most unforgettable space vehicles and moments in the Star Wars universe and pilot them to victory.

The game for rent is fitted with forced feedback technologies. This gives players the sensation of acceleration, powerful detonations in 5.1 surround sound. It also has effects from the destruction taking place around them. To feel the speed, push the throttle of the space vehicle, and the wind blower under the screen will make it happen.

Rented Battle Pod has simple controls to shoot the enemy using the left and right lever. To shoot down the enemy, the players will have to catch the enemy plane in the circle and attack it with the primary weapon. But you have to act fast before the enemy counterattacks! When the market turns red during the play, the players can change the special gun.

The players can fly around the world in the movie and will get an energized feeling when they take down the enemy.

Star Wars Battle Pod Deluxe is a massive game delivered as one single unit. It does not break apart. For delivery, we need an entry 68” wide and 82” high.