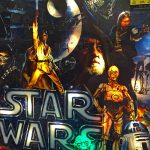 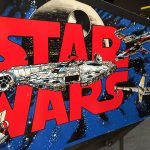 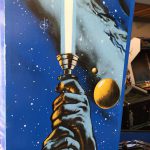 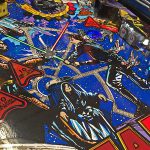 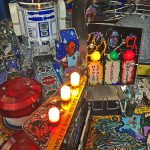 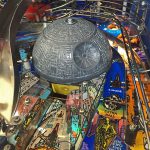 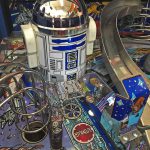 Star Wars Pinball Machine for rent is the pinball machine released by Data East in 1992, based on the original Star Wars Trilogy.

In the rented game, the players are invited to join up with the Rebel Alliance on a mission to destroy the Empire’s deadly Death Star weapon. To begin gameplay, players are presented with a skill shot, in which they must hit the lever button to coincide with the appearance of a TIE-Fighter within the sights on display. A hit scores a million points, plus a million additional points per current number of balls in the playfield. After the skill shot, players will be taken through various shots and targets on the playfield in numerous modes, scoring points and earning bonuses.

Star Wars Pinball Machine features exceptional playfield design, including hand-drawn comic-style artwork. Exciting animated Star Wars toys, including an R2-D2 replica that jumps up and down, getting even more animated as the action builds, and an action handle that allows the player to move the Death Star up and down; Star Wars Pinball Machine is a pinball enthusiasts’ dream to play.