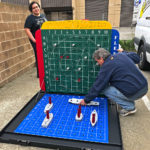 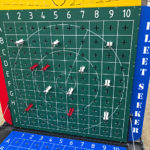 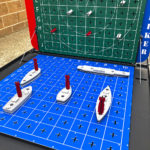 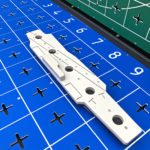 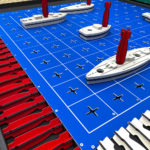 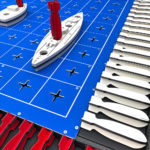 The classic 70’s BATTLESHIP BOARD GAME just got supersized!

We have all played the classic board game Battleship. It is a strategy game that pits the player against the player where you seek out and destroy your opponent’s fleet of ships.

After the battle plan is in place, the players take turns “shooting” missiles by guessing the location of their opponent’s ships by calling the coordinates. Upon the hit, you will insert the RED missile into the vertical board to show that it has been hit. If you missed it, add the WHITE missile to the vertical panel. The game continues until one player sinks all of the opponent’s ships.

The original concept of the Giant Battleship Game for rent dates back to World War I beginning as a “pencil and pad” game. In 1967 the game was released as a plastic board game with pegs by Milton Bradley. In various forms, the game is still available today.