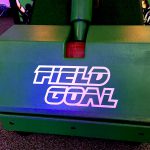 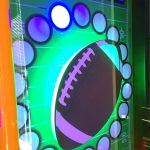 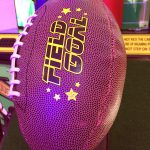 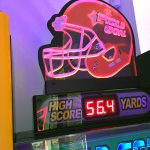 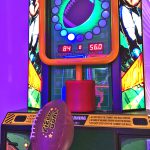 Field Goal – Arcade American Football Kicking Game for rent. Field Goal Arcade is an “American Style” Football Arcade Game where the players kick a real football, which activates a spinning football on the playfield! The playfield ball will spin as fast or as slow as the football was kicked. After kicking, when the football sign stops spinning, the lighted tip of the ball will point to a ticket value, and the player wins tickets!