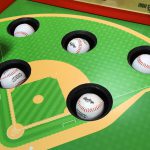 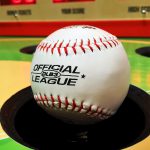 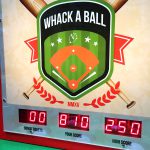 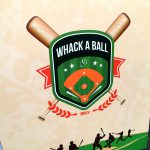 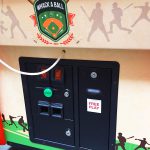 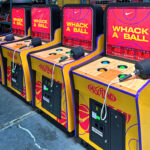 We took the original Whack a Mole game, replaced the mole characters with real official baseballs, and wrapped the game in the traditional baseball-themed colors. We even modified the sound! This game plays just like the original Whack a Mole game. Whack a Ball starts slowly to give you the feeling that you’re better than the game itself. Then the baseballs jump out faster and faster until they are quicker than you are. The quicker you hit the balls, the higher score you get.

Our friend Michael from Invelity interned company designed the graphics for the Whack a Ball game, and the rest of the work was done here in our in-house studio, including miniature custom baseballs. This is a beautiful, fun game and a great addition to any sports-themed party. Whack a Ball – Baseball Arcade Game is suitable for any age.

Do you have your idea for a whacking game? Please contact our Video Amusement professional staff to learn more about branding and customized wrapping and the process and steps involved in creating a custom game.

We ship our customized Whack Mole games anywhere in the USA.