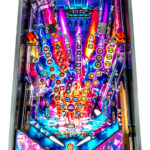 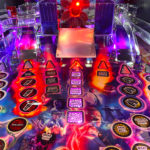 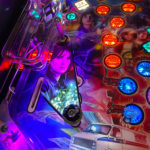 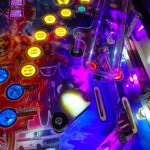 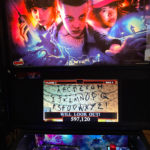 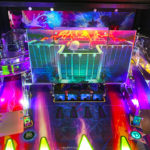 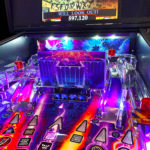 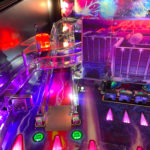 Stranger Things Pinball Machine for rent from Stern Pinball is based on the hit Netflix TV show of the same name. “Stranger Things is one of the most successful shows of all time, connecting with people around the world and across generations. This game features action, mystery, suspense, and humor; Stranger Things is a perfect fit for pinball,” said Gary Stern, Chairman and CEO of Stern Pinball, Inc.

Stranger Things Pinball Machine recreates the look and the feel of the supernatural show in a way that only a pinball machine can do. In the game, you will experience bizarre events and terrifying forces in Hawkins, Indiana, that turn this small town “upside-down” with supernatural elements, strange sightings, and many government secrets.

The pinball machine will engage the players to search and help to unlock the mysteries while battling demonic forces. The gameplay focuses on unlocking the hidden meanings of supernatural events occurring in and around the town, including the appearance of a girl known as “Eleven” with telekinetic abilities. The ball is wild as Mike, Lucas, Dustin, Will, Joyce, and Police Chief Jim Hopper help Eleven close the dimensional gate.

A large wall in the middle of the playfield is representing the Hawkins National Laboratory and can be turned into a ramp as you play to reveal the terrifying Demogorgon bash toy in the back.