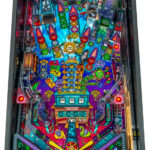 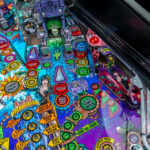 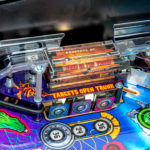 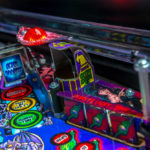 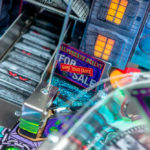 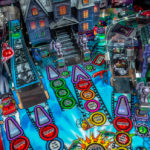 Elvira’s House of Horrors Pinball Machine for rent from Stern Pinball. The taunting is over, and the haunting begins in the third and campiest installment of the Elvira pinball trilogy!  The horror movie host that appeared in two previous pinball machines, 1989’s pretty great Elvira and the Party Monsters, and 1996’s downright amazing Scared Stiff. The original designers of the first two games, Greg Freres and Dennis Nordman, are returning for the 2019 game remake.

Unlike previous Elvira-themed machines, Elvira’s House of Horrors Pinball Machine features an HD monitor. Elvira filmed scenes specifically for this game, in addition to doing voice work — Stern calls Elvira’s custom-filmed views a “pinball first,” Elvira’s House of Horrors pinball for rent integrates several campy movies into its theme, with characters from Manos: The Hands Of Fate, Santa Claus Conquers The Martians, and The Brain That Wouldn’t Die featured in the artwork.

More Information about the Elvira’s House of Horrors Pinball Machine:

Game features in the new pinball machine: House of Horrors’s first images and video: The titular House of Horrors, an interactive toy with a spinning turret on top, and three entrances to shoot for, including one under a lifting staircase ramp.
Two ramps on either side of the playfield. The left ramp has a Scared Stiff-style crate that opens up to divert balls into a multiball lock.
A Dead Head Crypt bash toy that also opens up to gobble a ball. This Crypt delivers shots to other parts of the playfield via subway, including one vertical up kicker on the lower right that shoots the ball across the playfield to the crate targets.
Three super-hidden pop bumpers behind the Crypt.
RGB LEDs that can display the full rainbow spectrum of color to light up the playfield and toys.