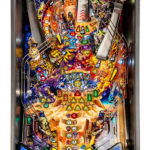 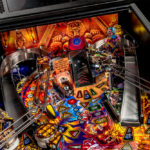 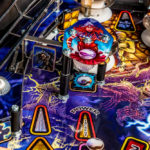 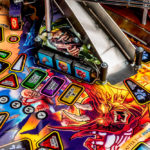 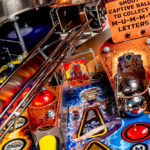 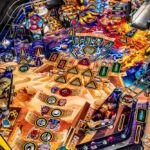 Iron Maiden, the famous British heavy metal band with millions of faithful fans, is one of the most significant and admired bands of all time. The group has been playing together for over 40 years. With over 90 million sold albums and more than 2000 live concerts in 63 countries all over the world.

Rented Iron Maiden: Legacy of the Beast Machine is aiming to reflect the same high energy, excitement, and experience of a live Iron Maiden concert. The gameplay is based on a battle with metal and hard rock bands. It is between the Iron Maiden’s iconic mascot Eddie as a player and the evil legions of the Beast. The game action is built on the success of the band’s mobile game and comic book.

Like all the previous Stern’s music-themed pinball games, Iron Maiden pinball comes with a soundtrack of 12 favorite hit songs: Aces High, 2 Minutes to Midnight, The Trooper, Wasted Years, Can I Play with Madness, Number of the Beast, Run to the Hills, Powerslave, Hallowed by thy Name, Flight of Icarus, Rime of the Ancient Mariner and Fear of the Dark.