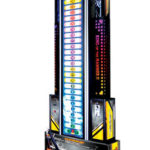 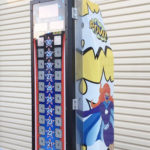 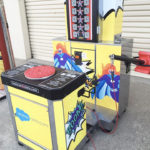 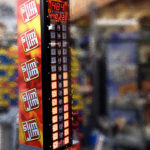 King of the Hammer SD, DX, and Thunder Arcade Game for rent, also called High Striker, is one game that is bound to show much interest. Amongst both participants and onlookers as it deals with showing off one’s physical strength. It is also being admired for it by the rest of the crowd.

It is an arcade game for rent that is ideal for promotional events, parties, outdoor carnivals, and festivals. Participants who dare to prove their strength picks up a lightweight 4 lbs oversized hammer. Furthermore, he smashes with all his vigor onto the power gauge.

The more powerful the smash, the higher the score that one gets. For rent, King Of The Hammer SD, DX, and Thunder Arcade Games are all about strength and vigor. It challenges a person to exert his most entire physical might with the ultimate aim of getting the highest tally of scores for being declared the ‘King of Hammer.’ It is a game that reaches not only the participants but also the onlookers into a tizzy, with all the upbeat music and crisp sound effects adding to the already charged atmosphere.

Rented King of the Hammer Arcade Game comes in three versions – SD, DX, and Thunder. SD is the smallest model – 95 inches tall, DX is a full-size model – 137 inches tall, and Thunder is the latest full-size model – 137 inches tall. All the versions of the games consist of an accurate power gauge. SD model measures the strength by displaying on 30 super bright LED sets, DX version, which has an extended power gauge consisting of 60 super-bright LEDs sets, and Thunder model has an extended power gauge composed of 30 large radiants, colorful LED display panels. The bright lights from the LED bulbs and panels with its highly colorful exterior styling light up the venue and give it that ideal visual appeal and attention, which none can ignore.

Just like all of our rented arcade games. King of the Hammer Games can be fully customized with your corporate branding or custom graphics to make the game stand out at the trade show or your corporate event.