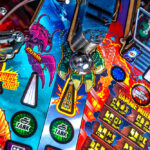 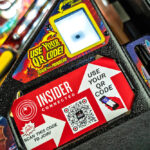 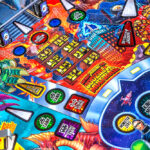 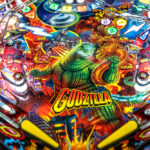 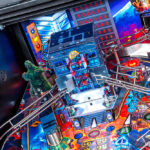 Godzilla is one of the longest-running film franchises. It was created by Toho, and thirty-two movies have been produced since 1954. The film’s popularity has made the Godzilla franchise one of the world’s most recognizable symbols in pop culture. Additionally, the Godzilla franchise received numerous accolades and cinematic awards for film, music, and special effects. The Godzilla film series and licensed characters have generated over $1 billion in merchandise sales worldwide.

Based on the success of the Godzilla franchise, Stern Pinball created a monster-packed pinball adventure where players become Godzilla! The gameplay follows chaos and destruction on the playfield with Godzilla multiball. By starting to shoot one of the numerous shots in and through the centrally located skyscraper.

Rented Godzilla Pinball Machine also introduces Stern’s Insider Connect system. This includes a QR code reader on the bottom arch that enables players to interact with the game and the player network in various ways. Insider Connected went live with the launch of the Godzilla pinball machine.